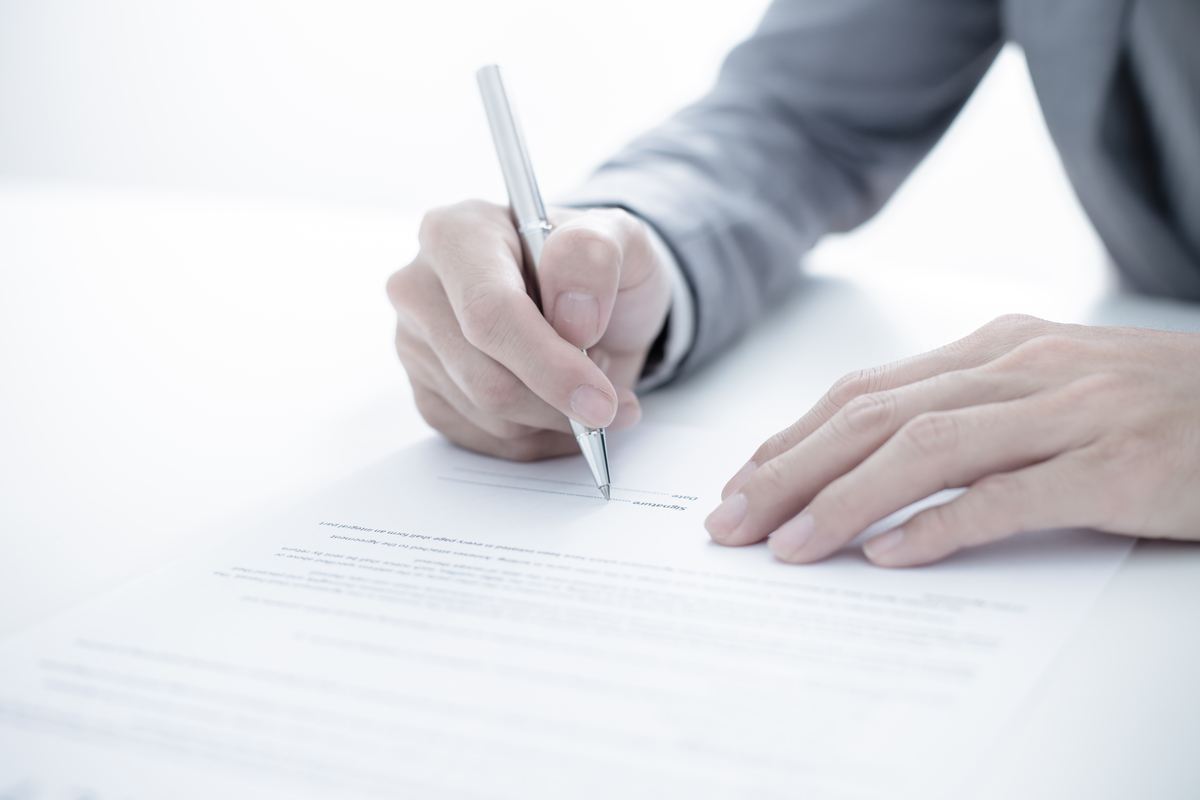 You may have heard that registering a domain name with the intention of taking advantage of its similarity to another businesses’ trade mark is called cybersquatting, and there are rules about this, but you don’t know how to take your case further.

My main advice would be to get advice from a specialist intellectual property or domain name lawyer. Nothing you read in this article or on the internet is a substitute for proper legal advice that relates specifically to your case, especially if they advise you that for reasons not covered in this article, you shouldn’t proceed. Nevertheless if you decide to represent yourself, below I set out how to recover your domain name from a cybersquatter using the Uniform Domain Name Dispute Resolution Policy (UDRP). Please note that this article is of general advice only and may not be valid to every specific case.

What questions to ask?

Before taking action there are 5 key questions you need to ask yourself. They are:

a) What is the domain name?
In particular does it end in a country-code top level domain (ccTLD) such as .uk; does it end with a .com, .org, .net or one of the other standard general top level domains (gTLD). If it is a ccTLD, it may not be possible to bring proceedings under the UDRP, rather there may be a slightly different policy applying to that ccTLD. You should seek separate legal advice about this.

b) Who owns it and are they located in your country?
In order to find out the owner of a domain name you need to conduct what is called a whois search. There are many providers of such search services — my advice would simply to google “Whois”. Generally, a whois search will reveal the date the domain name was registered and may reveal the full details of the domain name owner (the Respondent) but the Respondent may have used fake details or used a privacy service, which will allow communication through e-mail but will not provide actual details of the Respondent. You can bring a UDRP claim against Respondents located anywhere in the world but if they are located in your country you may also consider bringing court proceedings against them.

d) When was the domain name registered? Was it before the creation of your rights?
If the domain name was registered before your company existed or you registered your trade mark it will be very difficult to argue that the Respondent is a cybersquatter.

e) Is the domain name being used, and if so, what for?
In particular, is it clear that the Respondent is using the domain name to take advantage of any confusion with your mark, such as redirecting visitors to your competitor, Bob’s chicken house? Alternatively, is it clear that in fact the Respondent has never heard of you, is known as Tim, and operates a restaurant called Tim’s Chicken Shack half way around the world. If it is the latter then it will be very difficult to succeed.

However, if you have answered the questions above and can conclude that you have a trade mark, that the domain name is similar to your mark and is clearly being used by someone to take advantage of your mark, then you might be able to bring a case under the UDRP.

Sorry what the hell is the UDRP?

The UDRP consists of a set of rules which help decide who ought to own a particular domain name. It was originally conceived by ICANN — the Internet Corporation for Assigned Names and Numbers, the organisation responsible for the operation of the domain name system. In 1999, ICANN decided a policy was needed so that rights-holders wouldn’t be disadvantaged or held to ransom by people who managed to register a domain name before a rights holder had the opportunity to register that domain name (i.e. cybersquatting).

If a person registers a .com or similar domain name, as part of their registration agreement, they agree to be bound by the UDRP. As part of the agreement between ICANN and the registrars, the registrars agree that they will transfer and cancel a domain name upon receipt of an order from a properly appointed Panel applying the UDRP.

The procedure for a UDRP is fairly simple. A Complainant must prepare and file a complaint which contains evidence and submissions seeking a transfer or cancellation under the UDRP. Following a review of the complaint for formalities, the provider will notify the Respondent of the complaint. Regardless of whether a response is filed or not, the provider will then appoint an independent panellist (such as myself) to decide the case. The panel then has 14 days to prepare its decision. If the decision is to deny the Complaint, then the proceeding is concluded. If the decision is to transfer the domain name, then the Respondent has 10 days to bring proceedings in a court of law challenging the outcome. In the absence of any court proceeding the Registrar that the domain name is registered with will then enforce the decision by transferring the domain name to the Complainant.

There are other similar policies that exist for other Domain Names. Different policies exist for ccTLDs, such as .uk, .de or .au. For new domains, such as .bank, the UDRP applies but a Complainant can also rely on Uniform Rapid Suspension System (URS). If you have a proceeding under those policies, read them closely to work out how they differ from the UDRP.

How to prepare a Complaint

So you have decided to prepare a complaint by yourself without legal assistance. The first thing to do is to go on the provider’s website (i.e. the Forum or WIPO. Each of the providers maintains extensive resources including model complaints to help you set out your evidence and arguments. The relevant sites are below:
• WIPO www.wipo.int/amc/en/domains
• Forum www.adrforum.com/domains
• ADNDRC www.adndrc.org

The sites will also provide you with a step by step guide to handling the formalities of preparing a complaint, including what information to include, how to file a complaint and what fees to be paid.

The next step is to review the legal principles that a UDRP case will be decided. The Complaint is required to prove that:
• (i) your domain name is identical or confusingly similar to a trademark or service mark in which the Complainant has rights;
• (ii) you have no rights or legitimate interests in respect of the domain name; and
• (iii) your domain name has been registered and is being used in bad faith.

Non-exclusive examples of bad faith include:

Full details of the UDRP are here www.icann.org/resources/pages/policy-2012-02-25-en

Your job then is to prepare a complaint with supporting evidence that satisfies the independent panellist that you have proven each of the three elements. This means making your arguments and supporting them by evidence. When preparing your complaint, think about what is likely to persuade the independent panellist who is deciding the case. Why should s/he think that you are telling the truth about what is going on? For example, lets imagine that timschickenshack.com redirects to a competitor site run by Bob’s Chicken House. If your complaint was simply:

“I own Tim’s Chicken Shack and run a business out there. Bob is a competitor down the road and runs Bob’s Chicken House. He clearly did this to get back at me after I won best chicken at the local chicken contest and started dating his niece.”

This sounds like something a person simply made up on the spot, and without supporting evidence is unlikely to be believed by the independent panellist. A better approach is to follow the contours of the precedent and argue each element supported by provable evidence. How much more persuasive is this:

While there is no guarantee of success, you have at least clearly put you case in a manner that will best persuade the independent panellist to order that the Domain Name is transferred to you. Now many cases are much more complex than the example above, and depend on a detailed understanding of UDRP law and the like, but at least you can say that you have given yourself a fair shot.

In summary, your best option when trying to recover a Domain Name is to obtain legal advice as quickly as possible from a specialist in this area. They can advise you about your chances of success, what your best options are and then put together a complaint that will most resonate with the Panel. If you can’t or don’t want to get professional legal advice, then visit the site of the dispute resolution provider to obtain the materials needed to put on a Complaint. In your complaint you should set out in detail your rights to a trade mark, why the owner of the Domain Name has no rights to the Domain Name, and why the Domain Name was clearly registered in bad faith. You should support all your statements as much as possible with valid, dated documentary evidence. That puts you in the best position to recover your domain name from a cybersquatter.

For further information and relevant links, please visit my site at www.domainnameadvocate.com/dndisputes/

Nicholas is the principal of Nicholas Smith IP and Litigation, a boutique firm that provides clients with top-quality advice and advocacy that will enable them to resolve commercial disputes and intellectual property matters quickly and at a fair price. Nicholas is a former barrister, solicit...

Creativity in fashion: the complex effects of Intellectual Property

By Shannon Fati, Griffith HackTrade mark watching is a good way to put in place measure...