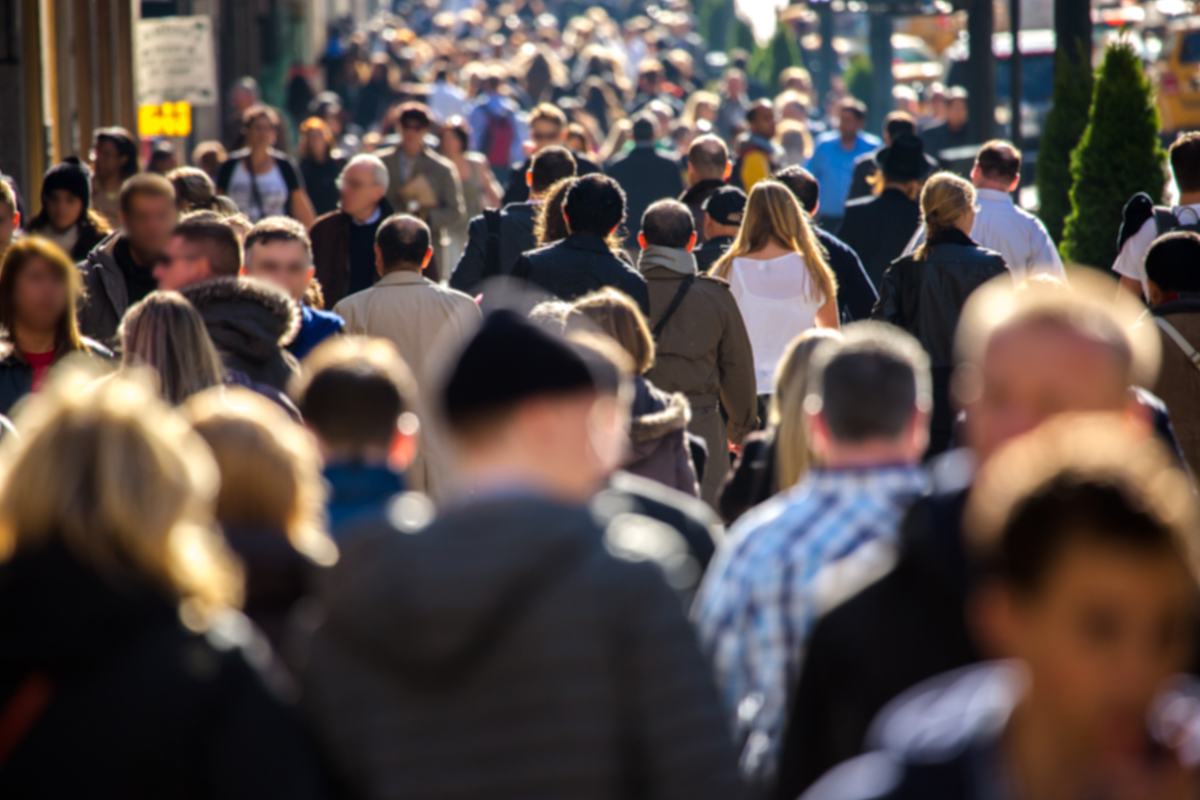 Litigation sometimes happens to the nicest of domain name owners.

Companies who have registered a domain name that is perfect for their business sometimes receive a letter from a law firm alleging that their domain name infringes someone else’s trade mark, or even worse, receive a complaint made against them under the Uniform Domain Name Dispute Resolution Policy (UDRP), which if the trade mark holder (Complainant) is successful, allows the Complainant to take possession of your domain name.

Now when you are faced with a legal dispute over a domain name, my advice would be to get a specialist intellectual property or domain name lawyer. Nothing you read in this article or on the internet is a substitute for proper legal advice that relates specifically to your case. Nevertheless if you decide to proceed by yourself, below I set out a number of steps you could take. This article is based on the assumption that you registered your domain name for legitimate purposes, i.e. because it is connected to your name or a business you operate, and not because it is similar to a trade mark (i.e. you registered nicholassmith.com.au because it is your name as opposed to registering ubercars.com because you wanted Uber to buy the domain name off you for cash). Furthermore, this article is of general advice only, and should never be regarded as a substitute for specialist legal advice for your particular case.

Are they writing a letter to you, have they filed proceedings against you in Court, or have they made a complaint against you under the UDRP?

If the Complainant has written a letter to you, read it and consider whether to respond. If you don’t get legal advice, the important thing to remember when responding is to clearly set out your connection to the domain name, including evidence of why you registered it. You can make an offer for them to purchase the Domain Name off you (a settlement offer) but remember that such offers can be used in UDRP proceedings so make clear that you are doing this as part of a settlement of a legitimate dispute and not because you want to cash in on the value of your domain name.

Sorry what the hell is the UDRP?

The UDRP consists of a set of rules which help decide who ought to own a particular domain name. It was originally conceived by ICANN — the Internet Corporation for Assigned Names and Numbers, the organisation responsible for the operation of the domain name system. In 1999, ICANN decided a policy was needed so that rights-holders wouldn’t be disadvantaged or held to ransom by people who managed to register a domain name before a rights holder had the opportunity to register that domain name (i.e. cybersquatting).

If you register a .com or similar domain name, as part of your registration agreement, you agree to be bound by the UDRP. As part of the agreement between ICANN and the registrars, the registrars agree that they will transfer and cancel a domain name upon receipt of an order from a properly appointed Panel applying the UDRP.

The only remedies under the UDRP are the cancellation of the domain name or (much more commonly) the transfer of the domain name from the domain name holder (the Respondent) to the Complainant. It is not possible to get damages, costs or injunctions awarded against you under the UDRP. ICANN has appointed a number of dispute resolution providers to manage disputes under the UDRP. Complainants can pick or choose which provider to use but the vast majority of cases are filed with the World Intellectual Property Organization (WIPO) or the Forum, formerly the National Arbitration Forum. Each organisation maintains a roster of independent third party panellists who decide UDRP disputes. Approximately 4000 UDRP cases are filed each year with the various dispute providers, with 85–90% of them resulting in the transfer of the domain name from the Respondent to the Complainant.

The procedure for a UDRP is fairly simple. A Complainant must prepare and file a complaint which contains evidence and submissions seeking a transfer or cancellation under the UDRP. Following a review of the complaint for formalities, the provider will notify you of the complaint. Regardless of whether a response is filed or not, the provider will then appoint an independent panellist (such as myself) to decide the case. The panel then has 14 days to prepare its decision. If the decision is to deny the Complaint, then the proceeding is concluded. If the decision is to transfer the domain name, then the Respondent has 10 days to bring proceedings in a court of law challenging the outcome. In the absence of any court proceeding the registrar that the domain name is registered with will then enforce the decision by transferring the domain name to the Complainant.

There are other similar policies that exist for other Domain Names. Different policies exist for country-code domains, such as .uk, .de or .au. For new domains, such as .bank, the UDRP applies but a Complainant can also rely on Uniform Rapid Suspension System (URS). If you have a proceeding under those policies, read them closely to work out how they differ from the UDRP.

How to defend your domain from a Complaint

So you have received a complaint and want to put on a defence by yourself. The first thing to do is to go on the provider’s website (i.e. the Forum or WIPO). Each of the providers maintains extensive resources including model responses to put together responses. The relevant sites are below:

The next step is to review the legal principles that a UDRP case will be decided. The Complaint is required to prove that:

• (i) your domain name is identical or confusingly similar to a trademark or service mark in which the Complainant has rights;

• (ii) you have no rights or legitimate interests in respect of the domain name; and

• (iii) your domain name has been registered and is being used in bad faith.

• “ before any notice to you of the dispute, your use of, or demonstrable preparations to use, the domain name or a name corresponding to the domain name in connection with a bona fide offering of goods or services”

and as an example of bad faith

Your job then is to prepare a response that defends yourself from the three claims above (or any one claim — the Complainant has to prove all three to succeed). This means putting on an argument and supporting evidence. When preparing your response, think about what is likely to persuade the independent panellist who is deciding the case. For example, lets imagine that you registered ubercars.com and linked it to a pay-per-click website and did nothing with it for 5 years. Uber wrote to you and you offered to sell it. Then they brought a complaint against you. A panellist reviewing the case is unlikely to be persuaded by a paragraph that says

“I registered ubercars.com because I wanted to operate a website dedicated to awesome cars, which I call Uber Cars. However after my registration I got married and had to change jobs and I couldn’t dedicate enough time to the website but I have started working on it again.”

This sounds like something a person simply made up on the spot, and without supporting evidence is unlikely to be believed by the panel. However if you genuinely registered your domain name for a legitimate purpose (i.e. not because of the similarity to a trade mark) you need to show that you used the domain name or made demonstrable preparations to use the domain name for a bona fide purpose. Alternatively you did not register or use the domain name in bad faith (to take advantage of any similarity between the domain name and the Complainant’s trade mark. To do this you should be able to support your claim with documents establishing and supporting your story. How much more persuasive is the following response:

1) “I registered the domain name ubercars.com in 2011. At the time I had never heard of Uber, and indeed the company did not start operating in [my city] until 2014. Annexed to this Response is an extract from Uber’s website outlining its launch in my city.

2) Uber is a word that is commonly slang for awesome, and one that I have used in past correspondence. Annexed to this response are e-mails I sent in 2010 and 2012 in which I use “uber” as slang for awesome.

5) When the Domain Name was registered, I was given an option to re-direct the Domain Name to a parking page where advertisements would be displayed on the website. Assuming that it would only be a couple of weeks before my website was finalised I agreed and I have not updated my web-page since then.

7) By late 2011/early 2012 I had decided to design the website myself. I created an overall website design theme and included various photos that I wanted to include on the site. Annexed to this response are a number of pdf files, each of which is dated from 2012, that show the proposed website design.

8) I stopped working on the website between early 2012 and late 2014 due to personal circumstances. In early 2012 I married my girlfriend. In early 2013, I moved to a new job at.. and in early 2014 my first daughter was born. Annexed to this response is a copy of my marriage certificate, employment contract and birth certificate for my new daughter.

9) In late 2014 I engaged a web-design company to finish the website. Annexed to this response is my communication with Webdesign.com as well as the invoices I have received for the design of the website.

10) Until approached by Uber approximately 3 months ago, I have never tried to sell the website to anybody.”

What you have done by this response is:

a) Establish that you registered the domain name for reasons other than the similarity with Uber’s trade mark.

b) Establish that you made real preparations to use the domain name for a website unrelated to Uber, and explained why the website isn’t up yet.

c) Supported every one of your statements with provable documentary evidence. This not only supports your statements but shows the panel that you are an honest person, and likely to be telling the truth in all matters.

d) Established that you did not register the domain name to sell it to anybody, or use it in any way to benefit from any confusion with Uber.

While there is no guarantee of success, you have at least clearly put you case in a manner that will best persuade the independent panellist to allow you to protect your Domain Name.

In summary, your best option when being threatened with a dispute over your domain name, is to obtain legal advice as quickly as possible from a specialist in this area. If you can’t or don’t want to, then visit the site of the dispute resolution provider to obtain the materials needed to put on a response. In your response, ideally you should put forward your explanation of why you registered the domain name and what you use it for. You should support all your statements, as much as possible with valid, dated documentary evidence. That puts you in the best position to defend a domain name claim.

For further information and relevant links, please visit my site at www.domainnameadvocate.com/dndisputes.

Nicholas is the principal of Nicholas Smith IP and Litigation, a boutique firm that provides clients with top-quality advice and advocacy that will enable them to resolve commercial disputes and intellectual property matters quickly and at a fair price. Nicholas is a former barrister, solicit...

Creativity in fashion: the complex effects of Intellectual Property

By Shannon Fati, Griffith HackTrade mark watching is a good way to put in place measure...